Goldilocks, the NSA and the three bears 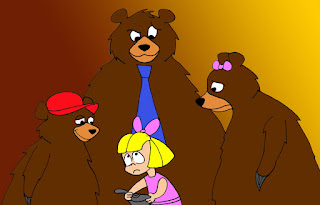 ONCE upon a time there was an NSA agent named Goldilocks. She worked for the NSA, who were worried about the Bear family, who lived in a cottage in the wood.

The NSA watched the Bear family conversations on the Papa Bear, Mama Bear and Baby Bear's webcam. They also tapped their cell phones. NSA was convinced that all their chatter about a football ticket for a TX. vs. OK football game that cost $4.00 and Papa Bear was planning to buy was really code for a planned terrorist attack. 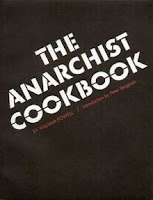 Anarchist Cookbook from Amazon. Even if he was writing a paper for school on the period of the 60s, they thought that this showed the Bears were ready to act. They also thought Baby Bear needed to use spell check.

When the NSA read in the Bears' emails that the family planned to visit Mama Bear's mother and spend the afternoon, they sent in Agent Goldilocks to check out  the cottage for any other evidence such as some of the material listed in the cookbook.

Agent Goldilocks was really tired as she drove to the Bears' cottage. She'd had a hot date the night before. Still using GPS she drove into the woods where the Bears had their cottage.

The door was open and Goldilocks went directly into the kitchen.

The Bears hadn't bothered to clean up after lunch. She was hungry because she hadn't had time for breakfast.

Papa Bear's chicken tikka was much too spicy. Mama Bear had added too much yoghurt and it was too

cool, but Baby Bear's tikka was just right. Although she meant to eat only a couple of mouthfuls, she gulped the whole thing down.

She went into the living room and their she started going thru the three desks.

Papa Bear had a big desk crammed full of football souvenirs. She didn't bother with a computer, and she waved to her boss, who might be peeking thru the webcam.

Mama Bear's desk had recipes, knitting books, an iPad. Baby Bear's desk had a laptop with all kinds of games on it. She played a couple of games before she realized that maybe her boss could see her.

Goldilocks went to check out the bedroom. "Perverted," she thought when she found they all slept in the same bed, but if Baby Bear slept in the same room, it might explain why Mama and Papa Bear had separate beds.

After looking thru the closets, under the mattress and thru the dresser, Goldilocks was so tired that she thought she might take a nap. The Bears weren't due back for hours. 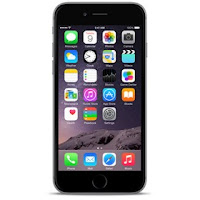 She set the alarm on her mobile and flopped on Papa Bear's bed but his mattress was rock hard. Mama Bear's Bed was so soft she had to climb out but Baby Bear's was so comfortable that she fell asleep immediately.

What she didn't know was that Mama Bear had meant to take some photos to her family, the old fashioned paper kind so they could be scanned and shared with other relatives.

"Whose car is that?" Baby Bear asked as they parked in front of the house.

"The door is open," Papa Bear said, "and some ate some of my food."

"And mine," Mama Bear said.

"They ate all of mine," Baby Bear said.

In the living room, Papa Bear noticed that his football ticket collection wasn't as he left it. Mama Bear saw someone had been copying her gazpacho recipe and Baby Bear saw that there was a computer game he never played on his screen.

They went into the bedroom and they woke Goldilocks who ran out of the house and drove home.

Her boss telephoned her. He was furious because she bungled the assignment. She was demoted. But the Bear family lived happily ever after.