Pollution can be beautiful 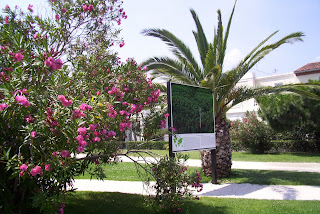 Argeles has an exhibit along the sea of photo after photo taken from the air showing the devastation that man has done to the planet. Some of it is quite beautiful as coloured metals sweep over the landscape, the sea turns strange colours from dumping, etc.

All the photos are taken from the air. 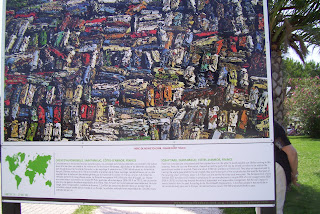 This is an aerial shot of abandoned and semi crushed cars.

Regardless of the beauty, what a destructive species we are. I like George Carlin's line about the phrase save the planet. The planet will go on, he said. It is man that won't.
Posted by DL NELSON at 1:18 PM No comments: Links to this post

From my dollar stretcher newsletter that I have gotten for years even though I prefer to stretch CHF and Euros, I found a wonderful youtube on Clara, who is in her 90s and talking about depression cooking. Seems this old woman had a cookbook out too. And Llara keeps saying "My mother retired HAH!" I'm still a baby in comparison, but I sure would like to be as active and involved in new things at Clara's age as she is. She's the the granny D of kitchen arts. Go to Youtube and search with Clara and Kitcehn.
Posted by DL NELSON at 12:47 AM No comments: Links to this post

The players are different but I saw one of the '87 championship games with seats so close I could see Larry Bird's sweat...

I will never be so Swiss that I can forget the Green Dream Team.

CHEMIN DU PORT Corsier--a major attack, even a holocaust was reported by a group of ants.

Early Sunday morning a group decided to eat at the green Kitty Kat Kafé when
suddenly the entire restaurant was swooped up.

Survivors tales differ. Some report being hurled along but could see the
ground below. Others say all they could see was blue sky above and then they were in a green cave filled with compost.

"I was terrified," reported one of the survivors.

"However, where we were left isn't so bad," said another.

A second group of ants, said they were merely scoping out the area. They had found a small, square metal container with good food inside and it was near a very comfortable cloth when a huge blue cloth stomp stomp stomp killed many of them. Some rushed to the big silver basin only to be washed away by a flash flood.

Aaron Ant, Community Leader could no,t be reached for comment. He has said to have survived. 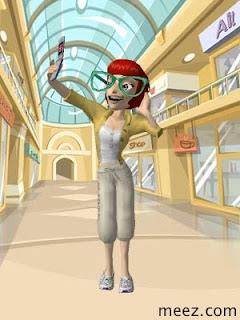 from her shopping phobic friend.

My summer Geneva wardrobe is at best scanty.

Downtown on the E bus. Off at Rive.

Walk towards the shoe store. Find two pairs of shoes

Only 45 minutes have been stolen from my life.

Hope not to have to do THAT again for a long, long time.

And yes I still love the sweater we bought when we were in Mirepoix.

I notice you haven't suggested a September shopping trip.

Love,
DL
Posted by DL NELSON at 6:47 AM No comments: Links to this post 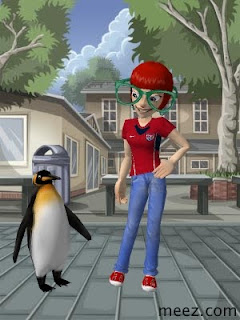 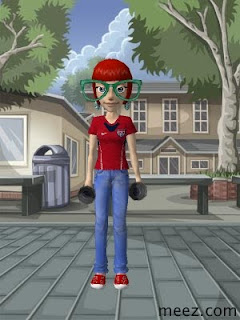 I got rid of two weights.

The galleys for Murder in Caleb's Landing have been corrected and sent back to the editor.

The new manuscript for Murder in Argelès has been sent off to the acquiring editor at my publishing house.

YES YES YES
Posted by DL NELSON at 9:08 AM No comments: Links to this post 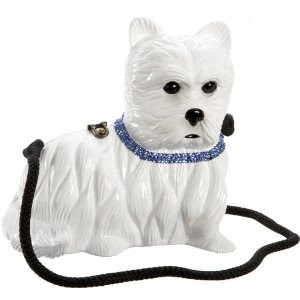 I burst through the door to run catch the bus just as a little Westie wanders into the yard. Dogs are seldom loose.

Reopening the door I call to my housemate.

We shoo the pup into the house.

We don't need to say where is the cat, or can you find the owner, or run catch your bus or anything else. We just know what the other is thinking. She nods, shuts the door and I make the bus with under a nanosecond to spare.

Once in the tea room awaiting my writing student I call her.

"I called her owner," my housemate says. "They didn't know she got out and will down to get her in a few minutes. Meanwhile she is eating up Munchkin's food."

I have not asked Munchkin her opinion as she looked in the window to see Candy gobbling down her Friskies. Maybe it is better if I don't.
Posted by DL NELSON at 8:37 AM No comments: Links to this post