On the bus, sitting opposite me were two women.

One was a Muslim, with only her hands and face showing. The other was a woman probably the same age in short shorts and a bare midriff. I so wanted to take a photo, but I know that is in an invasion of privacy.
Posted by DL NELSON at 11:27 AM No comments: 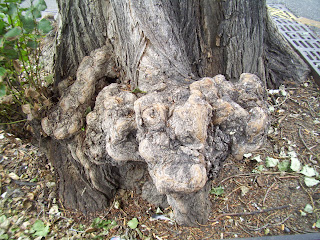 The TPG sells monthly/yearly bus tickets in a squat building. In winter a man puts up a hot chestnut stand facing the TPG store. His wares warm my hands while waiting for the E.

A Starbucks is on one corner and "real" cafés are on the opposite side of the circle with its complicated traffic patterns.

The Halle, a long building running through to a neighbouring street, has stalls where fishmongers, butchers, green grocers and caterers sell their wares, four aisles of culinary delights, a Swiss food souk.

The tree, the bark, the sidewalk all have so many textures just like the lives of those that walk or drive by it without ever stopping to look at it. There is an ugliness bordering on beauty, another dichotomy in our lives filled with dichotomies.
Posted by DL NELSON at 2:24 AM No comments:

A portion of my heart has been cut out

My friend of 53 years is no longer alive.

I want to call her and tell her about it, the first tragedy I haven't been able to share with her.

We went through all our problems in our teens and twenties and then when things started to get better, we hadn't talked for a while. Then she called, "You know we are more than foul-weather friends," she said.
Posted by DL NELSON at 9:17 AM 5 comments:

I know I've become frenchified when I rave about a Woody Allen movie. I loved his latest and not just because a writer was the hero (or anti-hero) and it featured Hemingway, Dali, Fitzgerald. Nor was it because I recognized so many of the places in Paris. 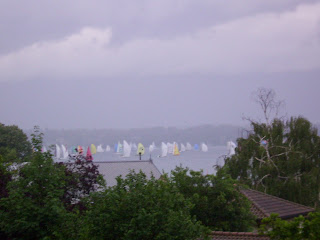 The deluge did not stop the Bol d'or...and from our balcony we had a fantastic view as they sailed by.

However the music festival is this weekend, and I bet a lot of the outdoor acts will not be able to perform. And I wonder what will happen to all the pianos they were planning to leave around the city for anyone to sit down and play.
Posted by DL NELSON at 1:37 AM No comments:

http://www.meez.com/dlnelson7
Posted by DL NELSON at 9:25 AM No comments:

Not me but another writer Sophia Tellen.

Sophia had a reading last week of her new book Getting Through Customs at Payot. The book is a delightful collection of fifteen true stories about her experiences in South Africa, Israel, London, the Seychelles. But it is more than a travel log, because customs can mean more than men sitting in a booth, and getting through can mean the transitions of life.

I'd already enjoyed a thorough romp with her Uncle Joseph in Walking into Moments, a wise man with a fascinating life. I don't know if Tellen meant to or not, but Uncle Joseph is a perfect illustration of how important a loving male figure can be to a young girl.

The other was more symbolic. We are both members of the Geneva Writers Club that has nurtured our work for almost two decades. And in many cases it has produced friendships that go beyond the sharing of words on the page to words of the heart.
Posted by DL NELSON at 10:14 PM No comments:

The Spider and the Toad 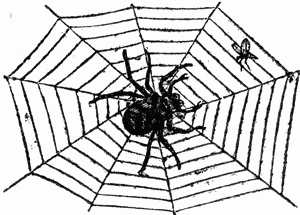 “I don’t know whether to eat breakfast at Manor, Palentrie or La Recre,” My housemate said.
I was already on the computer to get stuff done before my physio and radio today.
She mentioned a few more things… visions of croissants danced in my head.
“Ok, I agreed, “You want company?”
“We need to celebrate your first day of radio,” she said.
As we approached the garage, we saw that a spider was spinning her web. In the sunlight the tiny, tiny strings glistened like opals.
“Do you want a photo?” I asked. She rushed back into the house, but the normal garage background lost the beauty of the web. “What if I get a paper to hold up behind it?” I rushed into the house and came back with both white (it hid the light) and blue paper. As I lifted the blue, I caught one of the strings, undoing the work of the poor spider. 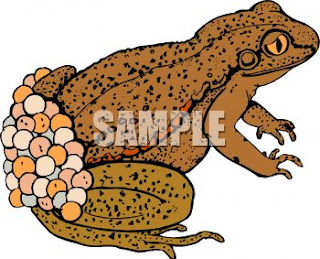 Speed backward to my youth: on summer evenings my family would sit on our porch and catch up with the days’ events. My brother and I would catch fireflies.
A toad would appear and eat the insects that were zapped by the light we always left on.
One day my grandmother saw our toad (how she knew it was our toad, I’m not sure) was being swallowed by a snake. My mother—not deathly afraid of snakes like my grandmother—ran to the garage and found a tool and chopped the snake into several pieces.
The toad started to hop away when my mother tripped and crushed it to death making one think when it is the time to go, fate steps in.
And we suspect my grandmother had identified the toad correctly, because no toad ever appeared again to clear our porch of insects.
Posted by DL NELSON at 4:08 AM 5 comments:

The house was quiet this morning, unlike the weekend when it was full of people, a friend of mine, the girlfriend of number 2 son. I strolled across the hall to my housemate's bedroom to check out the lake. It was striped by whatever tides lakes have. The mountains rising above the lake had a few wisps of cotton batten clouds decorating some of their tops.

The holiday weekend had been hectic.

My former neighbor came in from Paris. She kept saying, "I'm so glad you're alive." I am too, but I felt a moment of sadness that I've caused worry in those I care about.

We talked, ate fondue at the Café du Soleil under the vined terrace, laughed, cried, watched the DVD Victoria and one a friend of hers had made and had been at Cannes (better than the winner of the Palme d'Or, but my daughter's performance of Little Red Riding Hood at the age of three was better.)

The highlight however was when we went to our Indian neighbors. When we shared a floor there were guests, meals, hopes, dreams, TV shows, families shared. We might wander down the hall in pjs for a group breakfast, go to a dance performance of one of us, sympathize with an annoying boss.

The daughter went from not being able to each the button for the six floor to being taller than I am and is looking at universities.

The five of us sat in their living room. The sun streamed in the window. Together under one roof recapturing the past although we all have wonderful current lives.

Roger and Annie are living with me

Roger and Annie, my hero and heroine are misbehaving at worse and acting stupidly at best.

I've lived with them so many years they are almost as real as my housemate, her son, my daughter, my friends in Argelés. Come to think of it Roger and Annie live in Argelés. They are my friends there along with Barbara, May, Marina, Alain...

It was about seen years ago I decided to try a mystery. I love finding new scenes, researching the historical part of each novel. Sometimes I miss creating a novel around totally new characters, but I can always introduce Annie and Roger to someone new.

I realised after a series of emails with a friend, that there are characters and people who let life happen to them and others who try to have them happen to life. Over years we are in both situations but one or the other seem to dominate our personalities in various degrees.

The suggested cover for my new novel

Friday nights used to family night. We would have a meal in Harvard Square buy our books at a book store and in good weather armed with quarters we'd listen to the street musicians.

I just read in The Boston Globe that the Curious George Book store was closing. The last time I was there the Square had been turned into a mini mall with the corporate stores everywhere. All the interesting little shops and the many independent bookstores were no longer there.

Tired of not finding enough light things to wear, I finally put my winter clothes away and brought out my summer ones.

There's snow on the Jura this morning. I'm digging in my closet for anything that might be relatively warm.

I do not have to miss the vagaries of New England Weather. Geneva is the same.
Posted by DL NELSON at 12:39 AM No comments: