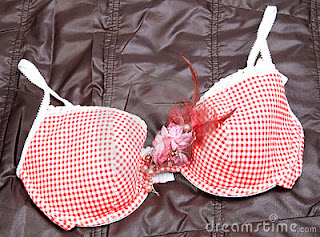 I admit I like pretty underwear. Even my cotton underwear is in gay colours and matches. Sometimes I match my underwear to my outerwear.

It makes me feel feminine and together.

So when I watching Télémartin this morning, I saw some models wearing pretty underwear. The voice over was saying how it was high tech.

Does it tune into the internet?

Can it open a car door as you approach?

Does it vac as well as our robot vacuum?

No, it helps with cellulite.

Those of you who are older will remember way way way back when panty hose first came out they were supposed to remove the shame of panty lines when one wore slacks. I'd forgotten to be ashamed. I'm still not ashamed.

Will I rush out to buy high tech lingerie...?

I've grown fond of my cellulite.

What is necessary for a trip

Two days in the mountain...the most necessary thing to pack? Two books.
Posted by DL NELSON at 5:33 AM No comments: 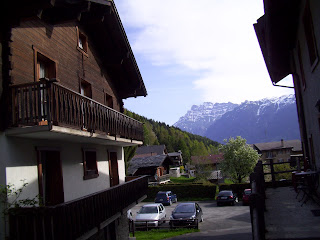 As a little girl
I did Swiss jigsaw puzzles
Now I live in them
Posted by DL NELSON at 1:06 PM No comments:

The price of love

I didn't like the funeral home my parents chose.

Although my Dad has been gone 32 years, I still remember the tacky thank you cards they gave us that basically said, "We don't know what you did, but thanks anyway." It was a little less abrupt, but nothing I would ever send out even to a stranger. Too, too tacky.

However, my father had told me that they had prepaid their funerals so it wouldn't fall to me. And if that was the place they wanted, I would go to the same place.

A requirement for getting my mom into a rest home is that her funeral be arranged. She is no longer safe when the caretaker isn't there. I went to the same funeral home.

Prepayment in monthly installments after a down payment is fine with the same funeral home since they could not find the paperwork for the prepayment arranged so long ago. Although I was positive I'd seen something almost three years ago when I was helping my mom sort a major problem out, but the care taker was not able to locate it.

I was to be sent a coupon book by the funeral home but they didn't want to send it overseas. Thus it was to be sent to my wonderful nephew, who is helping so much with details concerning different American details. He was to forward to me.

What did the funeral home do?

They sent the coupon book to my mom. Fortunately, she is not capable at this point of understanding.

Today I made the first of ten payments.

It's not the money. It's a bit macabre to be arranging a funeral whose body is still alive, even if her mind isn't. I've already lost this woman who was a wonderful step mother.

I want to throw a tantrum, lie down on the floor and pound it.

I'll do what it is necessary. Sadness is the price of love here. 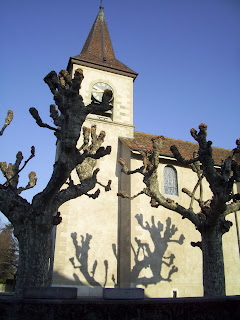 Paint-by-number trees
Cast sharp shadows on the church
In Collonge village.
Posted by DL NELSON at 3:03 AM No comments: 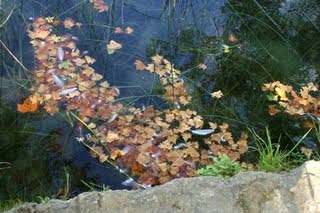